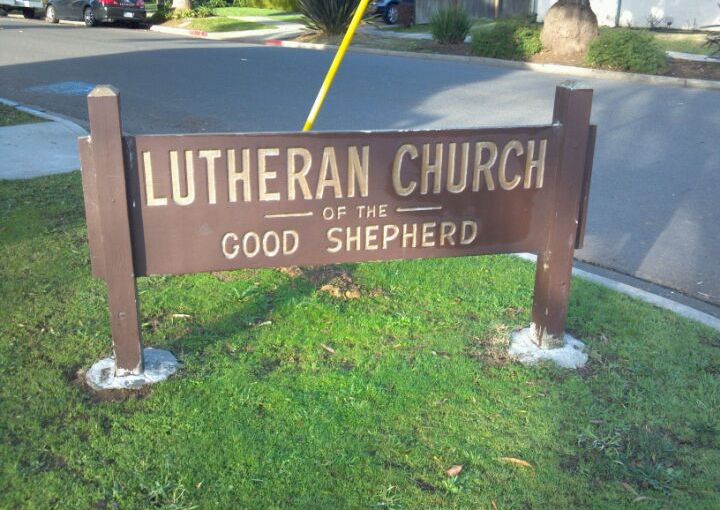 “What’s in a name? That which we call a rose by any other name would smell just as sweet.”

This familiar line from Shakespeare’s Romeo and Juliet is meant to convey that the name of a thing is irrelevant. Obviously, William Shakespeare was not Jewish. In the Hebrew language, the word ‘sheim’ (name) has the same letters as the word ‘sham’ (there). This is not a coincidence. A person’s name tells you what’s really there. It represents our identity not just because it’s a convenient way to distinguish us from one another. It is because the name defines us. According to Rabbi Benjamin Blech, Professor of Talmud at Yeshiva University in NY, names capture our essence. They are the keys to our soul.

That’s not a familiar concept to us outside of the Bible, where names are given or changed all the time to reflect the character of a person or place. In our day, names are often chosen because of their current popularity. I remember a song from the Jennifer era, when it was the No. 1 baby name for girls in America from 1970 to 1984, and in the top 10 until 1991. The song was “27 Jennifers” and the words were “I went to school with 27 Jennifers, 16 Jenns, 10 Jennies.” In my day, it was Joanne, Kathy, Linda, and Susan. Nowadays, according to the Social Security Administration, the most popular name for boys for the past five years is Liam, and for girls, Olivia, has been the reigning champ for the past three years.

I don’t know if all Jewish parents adhere to the belief, but some sources say that parents are granted a minor degree of ruach hakodesh (divine inspiration) when they select names for their children. According to Rabbi Blech: “Names are a book. They tell a story. The story of our spiritual potential as well as our life’s mission.”

So this got me to wondering, what about church names? Does anyone know how Lutheran Church of the Good Shepherd got its name? I mean, I know where the name comes from – you can see it right on the stained-glass window in the front of the church. But who decided that that image would be the one to define this congregation? I did just learn in a Facebook exchange with daughter of the congregation Janet Griffiths that the window was installed maybe between 1972-78. She says, “I remember the purple panes before this window.” So who named the church in the first place?

I was curious, so I started Googling how churches got their names. Without going into depth, reading just what appeared in the few lines in Google, I found a Lutheran Church of the Good Shepherd in Lethbridge, AB where the first pastor was tasked with naming the new building. He decided that if people wanted to find a Lutheran church, they’d look in the phone book (this was 1957 when we still used phone books) under Lutheran, rather than look for a specific church name. So he settled on Lutheran Church of the Good Shepherd. Very pragmatic.

At Church of the Good Shepherd in Holbrooke, NY, a Roman Catholic church established in 1970, Father Ronald Barry expressed his belief that “the people are the church,” so a vote by the members named the new parish. Very democratic. Another Lutheran church organized in 1965 did a similar thing. Each member wrote the name of their choice on paper, and the most repeated entry was “Good Shepherd.”

Sometimes names get changed. The story is told of a seminary professor who met up with an old friend who had recently became the pastor of a certain church. The professor asked his friend the name of the church and his friend told him the name. The seminary professor, who was a Hebrew linguist, said, “Did you know that your church name means ‘House of Iniquity’ in Hebrew?” The pastor did not know that, but he returned to the church, called a congregational meeting, and promptly changed the church name. Thus, “House of Iniquity Church” was replaced with something more innocuous.

Then there’s the church in Williston, ND which changed its name from Good Shepherd Lutheran Church to the Shepherd’s Table: A Center 4 Community in Christ. Members of the congregation spent two and a half years asking themselves the question: “What is God asking of us?” and in January of 2020 began to transition into a new identity for the church. Pastor Nicole Martin said that while the church would still hold Sunday worship as usual, the biggest change would be in the church’s mission to create partnerships between community organizations to meet the needs of Williston.

This story was of interest to me because it sounded like they may have gone through the same kind of process that our church council has been working on since December. We have been taking our time to be in a time of discernment, that is in Bible study, prayer, discussion, and listening for what God is calling us to be in this time and place. I’m not suggesting that we change our name; I just found it interesting that their discernment process led them to a name change. Sort of. They still obviously thought that ‘shepherd’ was still part of their identity and mission.

Which brings us to us. Why are we Lutheran Church of the Good Shepherd? How does our name define us?
How does it capture our essence and hold the key to our soul?

I think there are two aspects of our name that define us. The first is pretty obvious: we look to Christ as our Good Shepherd, who loves us, cares for us, and keeps us gathered together. I’m reminded of the words from the end of the funeral liturgy: “Into your hands, O merciful Savior, we commend your servant. Acknowledge, we beseech you, a sheep of your own fold, a lamb of your own flock, a sinner of your own redeeming.” We can look up to our stained-glass window and feel secure in the sense of belonging to such a flock.

There are lots of places in the Bible where we find this kind of comfort. The 23rd Psalm, for one. Although not about Jesus, we can see how Jesus embodied the kind of shepherd-leader praised in ancient Israel – from Moses who saw the burning bush as he was tending his father-in-law’s flocks to the Shepherd-King David, and even to King Cyrus of Persia, who conquered the Babylonians and set the captives free. As Isaiah spoke God’s word: ‘He is my shepherd, and he shall carry out all my purpose.’

There are also plenty of examples of what a shepherd should not do. Jeremiah ranted in his day about kings and religious leaders who were supposed to leads their people according to God’s ways: “For the shepherds are stupid, and do not seek God’s counsel; therefore, they have not prospered, and all their flock is scattered.”

Pastors are supposed to be good shepherds. In the ordination service, the passage from 1 Peter is read as one of the charges to the newly ordained: “Tend the flock of God that is in your charge, not under compulsion but willingly, not for sordid gain but eagerly. Don’t lord it over those in your charge but be examples to the flock. And when the chief shepherd appears, you will win the crown of glory that never fades away.” And if you’ve ever wondered why our bishop carries a staff that looks like a shepherd’s crook, it’s because it’s a symbol of the role of a bishop as “shepherd of the flock of God,” particularly the community under their jurisdiction.

So this is the first aspect of our name. “We,” as Psalm 100 declares “are God’s people, the sheep of God’s pasture.” And as such, we look to Christ, both as our very real presence as guide and comforter, and as a model of servant leadership for all who minister in Christ’s name.

The second aspect is one that asks us to consider how a church called Good Shepherd embodies the characteristics of its namesake. And if the corporate identity of an entire congregation is one of servant leadership, called to guide and to comfort, then who is the flock?

You know, the council hasn’t finished its discernment work yet, although we are planning to present something at the annual meeting on June 12th. It won’t be the final product, which will include intentions for action in the coming year, but it will give you a snapshot of the work. In this work of discernment, we were called upon to first of all frame the issue we most want to address in the coming year. And what we agreed upon was this:
We will continue providing meaningful worship, while also connecting in a meaningful way to our community.

In light of that statement and this Good Shepherd Sunday, it seems clear that the flock is – us. We are both sheep and shepherd. But it doesn’t stop at these doors; we are shepherd to our community. In order to get congregations thinking about this, it used to be asked: if your church closed its doors tomorrow, would anyone in the community care? We could put a more positive light on it and ask: if your church closed tomorrow, what would the community miss?

In these days of church decline and pandemic, many churches are closing their doors. It might be interesting to ask the communities around them what they would miss about these congregations. (For one story, see Lament at the Closing of a Church.)

We’d probably get a wide variety of answers. The saddest of them all, however, would be: “Nothing at all.”

Here at Good Shepherd, we already have a presence in our neighborhood, so no doubt we would be missed. The AA groups that meet here are part of our flock. How might we interact with them even more? The Good Shepherd Chinese Christian Church that liked our name so much that they took it for themselves, too. How might we explore with them what it means to shepherd in our communities? As we come out of pandemic isolation, Vacation Bible School can return. Many more ideas have been floating about for the 2 ¼ years I’ve been here. The work of the council will be to discern which of these will best contribute to our framing statement, that will be doable by a small congregation or in partnership with others, that will hopefully capture the imagination and generate excitement among us all. At this point, all I can say is Stay Tuned.

I’m still interested in the question of how we came to be named the Lutheran Church of the Good Shepherd? And I’m still curious about how you all see how our name defines us? How does it capture our essence and hold the key to the soul of this congregation? As always, I’m interested in your thoughts. So I think I’m going to stop and see if anyone would like to share a response, idea, critique, or question.

Judaism and the Power of Names

What Should I Call My Church: Best Practices for Naming Your Church