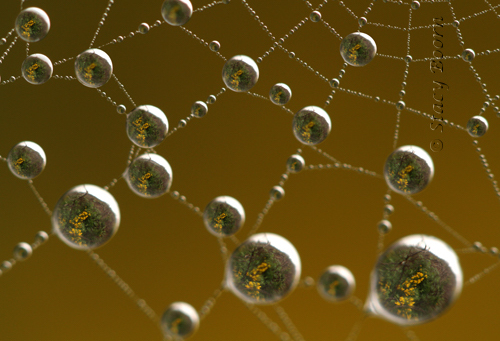 How can we be on fire when we feel burned out?

That might be the question that the Church is really asking on this Pentecost Sunday – maybe you’re asking it of yourself as well. This Holy Spirit that is supposed to enliven, encourage and embolden the followers of Jesus – where has she been hiding?

All the surveys done by reputable organizations like Gallup and the Pew Research Center have affirmed what we already know: the Christian Church is in decline in the US. Small congregations are like the Marshall Islands, a country located near the equator in the Pacific Ocean, which is already experiencing rising oceans levels due to global warming. Scientists says that if the atmosphere warm by 2 degrees by the end of the century as predicted, the Marshall Islands will be wiped off the map. Not burned out – flooded out.

Residents are forced to figure out what to do: seek shelter in buildings with more than one floor, move to another island not as completely low-lying, or simply leave (which some are already doing). Countries like the Marshall Islands are the “canary in the coal mine” of global warning. And in the same way, small congregations are on the front line of a massive societal shift in religiosity.

And we have to figure out what to do, too. From the grief of the woman I met last week whose church had just closed because they couldn’t afford to keep going anymore – to the administrative anxiety of pastors wondering how to fill leadership slots, while attending to the spiritual needs of congregational members. From the dilemma of seminaries, training students for full-time calls that may not be there – to the desire of the faithful to still contribute to the well being of the world through the Church.

We are, there is no doubt, in a time of ecclesiastical climate change. And it is very easy to feel burned out. But, you may be thinking, this is Pentecost; this is hardly the appropriate message for the day. We want to hear words that will rekindle our spirits, set us ablaze with hope, light a fire under us for action.

But I don’t have those words. Those of you who know that this is one of my favorite holy days, may find it strange that I actually always have trouble finding words on Pentecost. That’s because Pentecost is a truly right brain day. It’s about creativity, intuition, and imagination. If language is used, it’s the language of poetry; the tune of a song matters much more than the words. It’s our left brain that likes linear thinking and logic and words. It wants to explain Pentecost: what really happened on that day, how tongues of fire could have landed on the disciples’ heads, how people could have starting speaking in languages not their own. I saw a video once that tried to portray the scene as an actual historical event and frankly it just came across as very silly.

All this is not to say that I’ve just given up or that I have nothing to say today. I may not have definitive answers for the practical questions facing us as a church today other than we try one thing, see if it works; if not, we try another. But I truly do believe that we, as a world and as a religion, are entering into a new time and new way of being. Bear with me a bit as I go into a little linear history.

In our Muslim/Christian book discussion group, we’re reading The History of God by Karen Armstrong. We’ve just started, so we’re still way back in the dawn of civilization when ideas about god or gods were very different from what we think about today. We learned about the Axial Age, the period in history from about 800 BCE to 100 CE characterized by the emergence of new religions throughout the world from the eastern Mediterra-nean to China. This is when the great religions of the world came into being: Hinduism, Buddhism, Taoism, Confucianism, Zoroastrianism, and Judaism, with Judaism providing the basis for the later emergence of Christianity and Islam. It’s when the Golden Rule, the idea of treating others as we want to be treated, that is expressed throughout religions, philosophy and ethical systems, emerged.

And now there are those who are declaring that we have now entered into a Second Axial Age (axial means pivotal, turning point). Lest you think this is just dry old history, you should know your worship planners are already there. Brother Wayne Teasdale wrote:
“We are at the threshold of a new age, a Second Axial Age, a decisive period that will be characterized by a deep sense of community among the religions – of interspiritual wisdom – and a profound commitment to environmental justice.” He also said, “inter-spirituality – the sharing of ultimate experiences across traditions – is the religion of the third millennium.”

This does not mean a blending of all the religions into one. There will be a Christianity and a Judaism, and so on. But because many of the answers given in the past do not address questions being asked today, it will involve a redefinition of religion. Just as Christianity moved from a Jewish way of thinking into one of Greek philosophy, we are now moving into a new way of reflecting on theological matters. Interspiritual pioneers, such as Teasdale, believe that interspirituality is the form that it will take.

Or, as Phyllis Tickle posits in her book, The Age of the Spirit (based on a 12th century monastic), we have had the Age of the Father, which was the Old Testament with its teachings, its ways of understanding God, and God’s ways of interacting with Creation. Then came the Age of the Son, marked by the birth of God in human form and the growth of the church. Emerging after that would be the Age of the Spirit, when humankind would relate primarily to the third member of the Trinity. This time would be marked by a decreased importance in church structures, sacraments, creeds, and clergy, when all people would begin to relate more directly “as friends” to the Divine.

According to the quote from Matthew Skinner in Keeping in Touch, “Pentecost is an invitation to dream. When a community of faith quits dreaming dreams, it has little to offer either its members or the wider world. These dreams involve adopting a new perspective on what’s possible, rousing our creativity to free us from conventional expectations. They help us see that maybe what we thought was outlandish actually lies within reach.”

And as I wrote in Keeping in Touch, I don’t think the purpose of dreaming is daydreaming about how to get back to the “good old days,” or church as “we’ve always done it before.” Dreaming is being open to the creativity, wonder, and frankly the unknown possibilities of the chaotic, unbound, uncontrollable Holy Spirit that we celebrate at Pentecost. She’s the scary part of the Trinity because we can’t predict her.

I don’t know what the Church of the future will look like. Some are predicting that it will be more like the house churches of early Christianity. Who can say for sure? And how will we address our grief and ecclesiastical anxieties in the meantime? We’ll try one thing and if that doesn’t work, we’ll try another.

The bottom-line message of Pentecost is this: by trusting that the nature of the Holy One is Love, how can we not trust that this wild flame-throwing, hurricane whirling, multi-lingual Breath of God is on our side? Burned out as we may feel, frightened by the rising tides of change, what better to do than throw a party! Wear red. Make noise. Sing loudly. Dance, if you’re so inclined. Get into the Spirit. But most of all – dream, and dream big!

I've been the pastor of Good Shepherd Lutheran Church in Burlingame, CA since February, 2020. I am a “proud member of the religious left” and an unapologetic progressive Christian. While I have been criticized by some as no longer being Christian and as a pastor for whom “anything goes,” I firmly reject those characterizations. I am most assuredly a follower of Jesus of Nazareth, as well as a seeker of the Cosmic Christ.  My preaching, teaching and worship leadership is based on sound theology and careful study. I would call myself a devotee of process theology with a Lutheran flavor. For two years I also served as the interim executive director of the Interfaith Center at the Presidio in San Francisco (http://interfaith-presidio.org) and served on the board for many years before that.  In 2005 I received my Doctorate in Ministry from the Pacific School of Religion in Berkeley in interfaith relationships. My book is The INTRAfaith Conversation: How Do Christians Talk Among Ourselves About INTERfaith Matters? I enjoy leading workshops and retreats on interfaith matters, as well as teaching seminarians how to think about pastoring in a multi-faith environment. I suppose I’m not everyone’s idea of the perfect Christian. But if you’re interested in exploring the questions of faith in the 21st century, drop me a line. View all posts by smstrouse

One thought on “How Can We Be on Fire When We Feel Burned Out?”